Sep01 Comments Off on Buying an Investment Property

What do you gain from buying an investment property?

There is a huge profit to make from keeping it for some time and selling it later at the most advantageous price. Property investment provides you substantial growth in wealth and helps you reach financial goals. All you need is a suitable, practical strategy – to be knowledgeable about what to buy and when, and to be able to make intelligent decisions to cash on it for tidy profit. The secret rests in research and what you do about information and data.

There are many ways for investing in property, which conveys a generic approach. But buying an investment property staggers the imagination because its strategies for remarkable returns invite excitement: renting and flipping. By purchasing a property for lease, the investor gets passive income from the tenants’ monthly rent, which subsidizes the money you have had invested for it and provides ROI, albeit staggered but rewarding. House flipping, which is synonymous with property flipping, and which keeps a low following in Australia, occurs when the investor acquires a property and puts in value-adding improvements to it before selling it a higher price. Large profit is obtained when buyer accepts your deed of sale and money changes hands from bank-to-bank transfer, by cheque or cash.

If you have the appetite for buying an investment property, here are some helpful tips for your making a purchase decision:

Properties that change ownership in different-from-normal ways (such as donations and swaps) provide good opportunities for acquisition and bargain deals. Try cultivating contacts at the government assessment office so you will be updated on unconventional sales between individuals and families. You may try a search on mortgage sales, along with sales over fire-damaged properties and distressed property sales, which are often undervalued or priced lower than the prevailing rate.

Give priority on properties that fetches a potentially large appeal to diverse rental markets, especially those that have two bathrooms, have proximity to the airport, seaport, and riverside port, and were built with materials requiring low maintenance.

There are worn-out, old-looking properties whose owners do not have capital for renovation and may sell them at a lower price. This must be avenues for buying an investment property, which can be improved (through facelift) and can entice tenants. Weigh your options well, especially if they are too dilapidated for routine renovation.

When investing in property, your prime considerations revolve around maintenance costs, especially if your ROI strategy depends on rent. The cost of repairs, insurance premium, annual taxes, and staff are regular items. Always remember that cost for repairs have the tendency to out of hand. Figure it out in the run up to negotiating.

You will surely entail a string of expenses in the run up to buying an investment property, leasing it for good measure or selling it. Keep tab on documentary stamp requirement (which need to be paid upfront and differs from state to state), lawyer’s fees, water service rates, sinking fund, conveyance charges and fees, pest control fees, building fees, insurance, and taxes and rental listing that have been left unpaid. 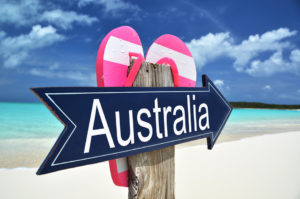 the way to go

Buying an investment property requires a time-consuming due diligence on your part. Renting or flipping any one of them is merely a strategy. Make sure you made the decision based on facts; research pays.

Read More →
Sep01 Comments Off on Will there be chaos between parents and children if women call the shots over household incomes and investment decisions?

There is no need for fathers, mothers, and children to confront this question head-on. It is divisive. Yet regardless where gender generalizations bend or incline in the family, people believe that men and women have differences in their attitudes toward money; that they see investment propositions in different lights, and that they may have many things to learn from one another.

An independent study by investment think-tank NAB Asset Management raised hints that women are poor investment managers, and that either avoidance or hesitation has been their usual response when asked to choose between depositing savings in the bank and buying stocks in a company, with the goal of making a profit, after a certain period.

“Australian women are missing out on tens of thousands of dollars in savings during their lifetime because of their tendency to shy away from taking appropriate levels of risk in their portfolio,” NAB portfolio specialist Kajanga Kulatunga remarked in, referring to women’s orientation toward money.

“We believe this is the first major study in Australia to demonstrate that women’s lower super balances are not only impacted by career breaks and lower pay, but also investment preferences,” he said.

Kulatunga’s opinion not only raised hackles in Australia but also renewed the nature-versus-nurture debate when he remarked about the differences in the thinking processes of the sexes, saying “Our research shows there are three regions of the brain that are anatomically different in men and women, which may have a major impact in financial decision-making.’’

While such prejudiced loyalty to one gender indeed struck a discordant note among women, there is a fair amount of research showing the calming effect of conservatism: men stand confident about investing; women are goal-oriented and have the tendency to trade less. 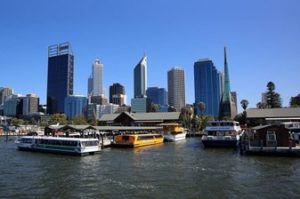 A study (“The gender face-off: Do female traders come out on top in terms of trading performance?”) by two PhD students, Wei Liu and Joakim Westerholm, from the University of Sydney, has raised the confidence bar in women’s favor. Co-authored by University of New South Wales Business School professor Peter Swan, it has become the most recent down-from-surface hypothesis supporting the view that women are good at profitmaking.

Observers believed that academicians are now playing the role of resurgent dragons – spitting fire to the ice-cold misconception that women are weak when it comes to investing. A different picture of their attitude on handling money was painted in Finland, where transparency of financial marketplace transactions has had remained untarnished in the last 17 years.

Trading data stands has gained world-class sophistication unique in Finland, where stringent stock exchange regulations require fool-proof identification for every trader, and where stockholdings and trade records are open to public scrutiny. By matching daily trade behavior among male and female investors in Nokia and other Finnish blue-chip stocks, researchers observed that female investors have had higher profit yield of $276.60 million (€194.17 million) in their portfolio, reflecting a consistently compounding ROI of 21.44% per year, with a 43.16% increase per year for the primary stock of Nokia alone.

Individually, women who have invested in stocks were outperforming other domestic and international institution-backed investors with €1,654.24 million in tangible profits.

The UNSW research gives a resounding endorsement to a 2001 study called “Boys will be boys: Gender, overconfidence, and common stock investment,” from the University of California, which demonstrated that women investors exceeded the performance of their male counterparts by 1% a year, but attributed the letdown in effectiveness to excessive trading by males when trading costs were high and not because females have better choices of investment.

“Women are far more likely to buy when prices have fallen, indicating greater scepticism and contrarian behaviour than males,” Swan says, pointing that “men should make a special point of having their spouse review any choices the husbands make.”

The California study went as far as questioning the anatomical link between the sexes. Many researchers share the view that divergent investment preferences are less dictated by biology and more influenced by child-rearing and parenting actions at home.

Women were not tied to doing the investment themselves. Men were perceived to be earners; in most families they invested money. “So it’s a relatively recent trend; to borrow a line from the Eurythmics, “sisters are doing it for themselves,” said the report.

According to a report from Merrill Lynch, which conducted a survey after performing personality evaluations on 11,500 of its clients worldwide, women appeared to be on top of the investment pile than men. Up to 55% of the women respondents gave “agreed” or “strong agreed” as comment on the statement “I know less than the average investor about financial markets and investing in general.” About 27% said so for the same question, it said.

In universities and corporate offices, questions about diverse capacities between male and female capacities, such as “Do women lack confidence” or “Do men simply overestimate their own ability, leading to unnecessary risk-taking and poor investment decisions” permeate the air.

Many men tend to catch themselves up chasing after large profits, which might have led them to expecting faster returns, thereby raising their capacity for self-destruction. 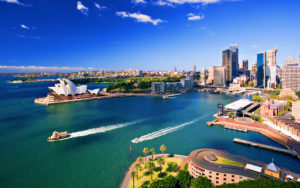 Research further suggests that women are inclined at seeking investment advice than men, which may put them in better stead to get superior results over time.

While most critical remarks on male performance are mere generalizations, there are men and women who reject stereotypes. This refusal to abide by preconceived categories of behaviour reflect the reality that a person’s gender, educational attainment, career choices, family, and intelligence – and everything else about them as men and women – have no bearing as regard investing.

A successful investor creates a clear strategy for achieving goals, adopting discipline, obtaining the right education, and sharing expertise to colleagues and peers, regardless of gender.

Australia is an amazing place in terms of many things –

The real estate investment in Australia is one of the most profitable investments and there are plenty of benefits of the same. 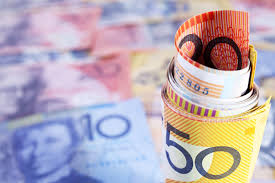 What real estate investment is all about

There are a lot of reasons why you should invest in the real estate market of Australia. All you need is a bit of knowledge about the same and you are good to go.

Video of the week